Visitors to be immersed in choking smog as part of a drive to urge world leaders to take action on air pollution.

One or two minutes inside artist Michael Pinsky’s Pollution Pods and visitors might begin experiencing shortness of breath, but there’s nothing dangerous in the air in the pods. Safe perfume blends and fog machines imitate the air quality of some of the world’s most polluted cities – London, Beijing, São Paulo, New Delhi – as well as one of the most pristine environments on earth, Tautra in Norway.

Outside the pods, however, air pollution has been declared a public health priority by the World Health Organization (WHO). Largely caused by the same burning of fossil fuels that is driving climate change, polluted air is poisoning nine out of ten of us and killing over seven million of us prematurely every year. Children are especially vulnerable: 600,000 children die prematurely every year from air pollution related diseases.

As part of the BreatheLife Campaign, which mobilizes governments and communities to reduce the impact of air pollution on our health & climate, this viscerally powerful art installation will be installed at the COP25 climate summit. Negotiators, observers and world leaders attending the summit will be encouraged to walk through the pods, which are being brought to Madrid by Cape Farewell, WHO, Clean Air Fund and Ministry of Ecological Transition, Spain.

“In the Pollution Pods, I have tried to distil the whole bodily sense of being in each place.  For instance, being in São Paulo seems like a sanctuary compared to New Delhi, until your eyes start to water from the sensation of ethanol, whilst Tautra is unlike any air you’ll have ever breathed before, it is so pure.”

Visitors to the Pollution Pods at COP25 will experience the sensation of air pollution for a few minutes, but breathing toxic air is the reality for millions of people every day of their lives. Dr Tedros Adhanom Ghebreyesus, Director-General of WHO states “We need to agree unequivocally on the need for a world free of air pollution. We need all countries and cities to commit to meeting WHO standards for air quality.”

Throughout the life course, exposure to air pollution is a major risk for chronic heart and respiratory disease and can inhibit proper brain and lung development in children. A study by the Lancet showed that four million cases of childhood asthma every year, including 240,000 in the United States, could be caused by air pollution resulting from traffic fumes.

“The true cost of climate change is felt in our hospitals and in our lungs. The health burden of polluting energy sources is now so high, that moving to cleaner and more sustainable choices for energy supply, transport and food systems effectively pays for itself,” said Dr Maria Neira, WHO Director of Public Health, Environmental and Social Determinants of Health. “When health is taken into account, climate change mitigation is an opportunity, not a cost”.

“Air pollution and climate change are the two sides of the same coin. The symbolic installation of the Pollution Pods at COP25 should remind everybody that we are negotiating for cleaner environments, cutting emissions and gaining better health for all.”

Teresa Ribera, Minister for the Ecological Transition of Spain

Jane Burston, Executive Director, Clean Air Fund, said: “The Clean Air Fund has projects in all four of the cities represented in the Pollution Pods. Air pollution has a terrible impact on people’s health in these cities and many more around the world – but the positive side is that reducing pollution can simultaneously tackle climate change and will save millions of dollars in healthcare costs and increase productivity.”

The Pollution Pods have been experienced by over 30,000 people since their launch at the Starmus Festival in Norway in June 2018. Cape Farewell has toured the artwork with locations including: London’s Somerset House for Earth Day (April 2018); Place des Nations – at the UN building in Geneva – for the first WHO Global Conference on Air Pollution and Health (October 2018); TED’s annual flagship conference in Vancouver (April 2019) and the UN Climate Summit in New York (September 2019).

For more information on the clean air initiative visit: www.who.int/globalchange/commit/

Read the press release (PDF, 325Kb)
About the Pollution Pods
Read the reviews 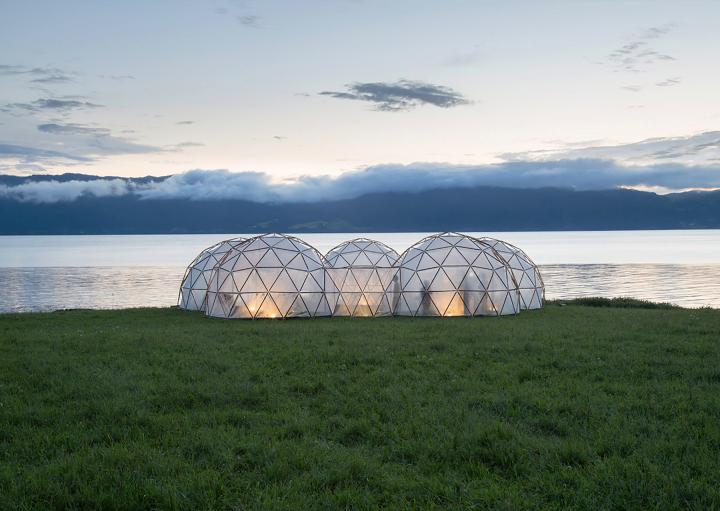 An immersive installation by Michael Pinsky 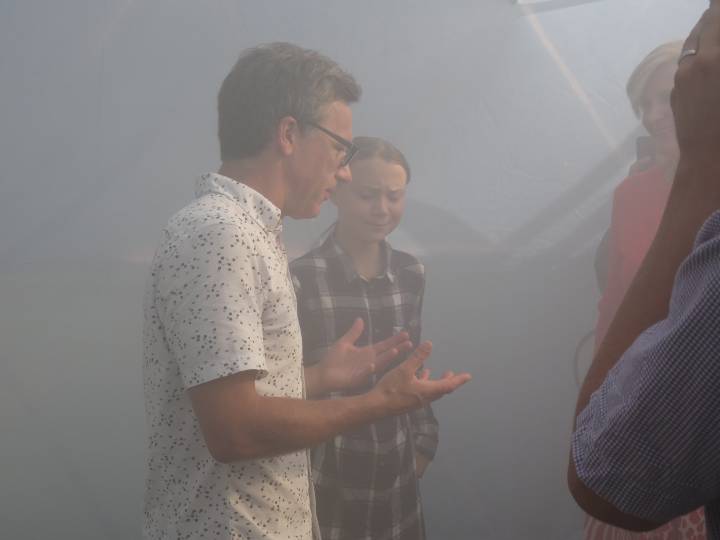 World leaders experience the Pollution Pods at the UN Climate Summit in NYC, in partnership with the WHO 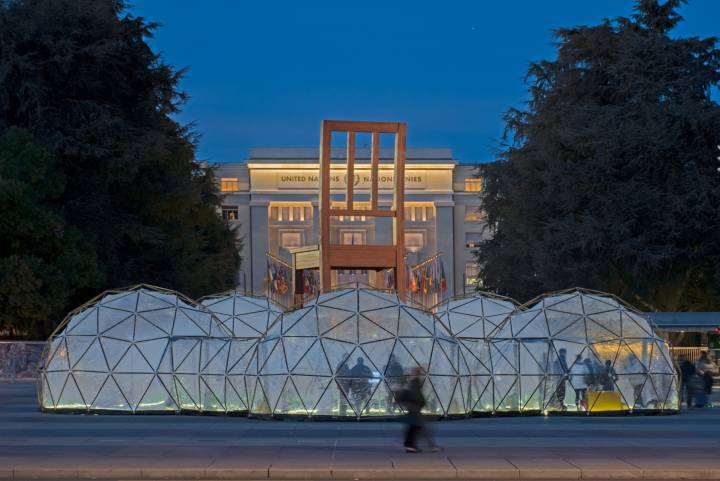