Meet the crew of 18 artists and scientists from across the globe, who joined Cape Farewell’s 2009 Andes Expedition. Working in collaboration with scientists at the Environmental Change Institute, the team spent three weeks witnessing Peru’s unique landscape of glaciers, cloud forests and rainforest – investigating the effects of climate change on the ecosystems they encountered. 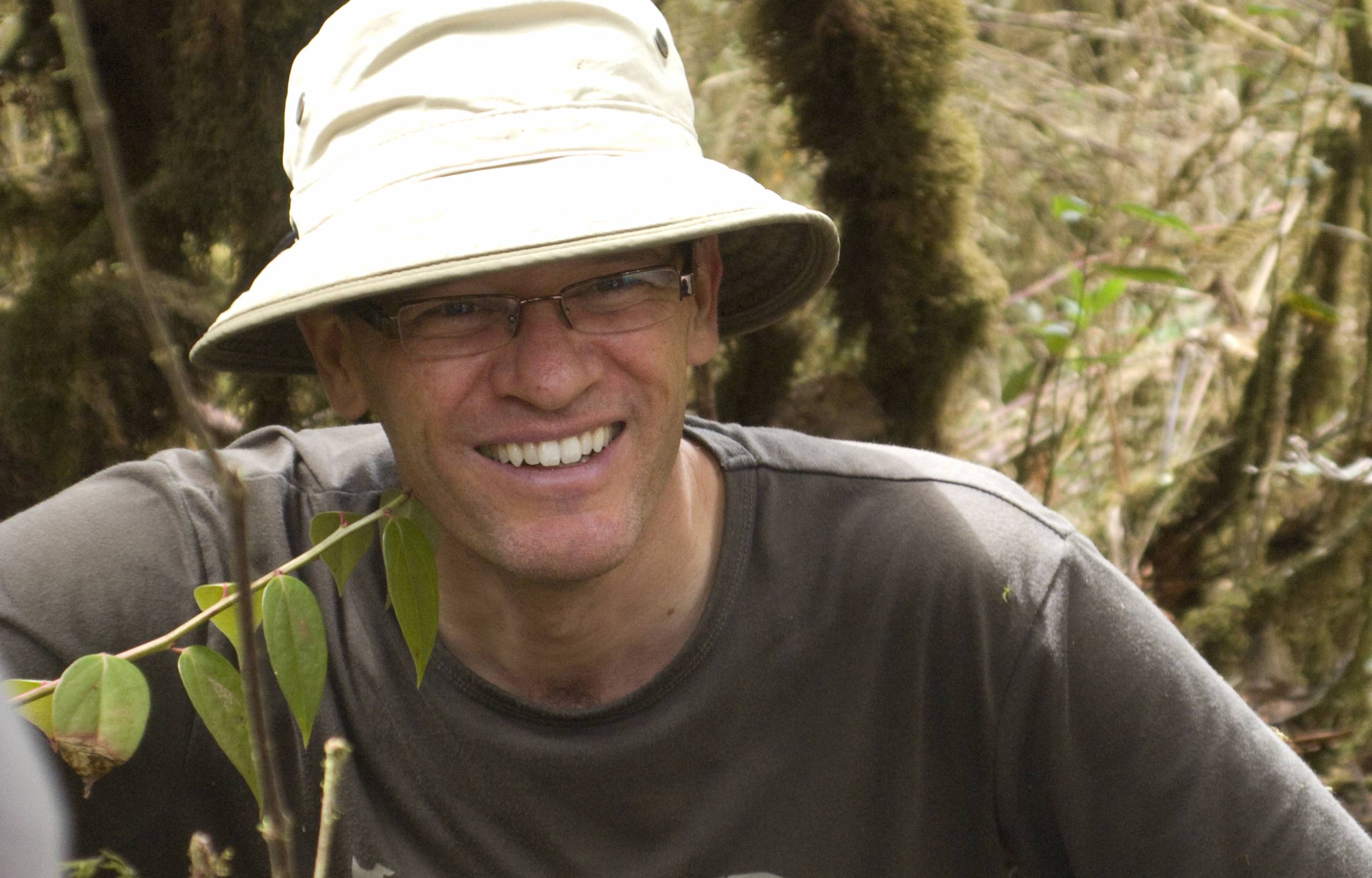 Author
Yann is the author of a collection of short stories, The Facts Behind the Helsinki Roccamatios, a novel, Self, and the international bestseller Life of Pi, for which he won the 2002 Man Booker Prize.
More 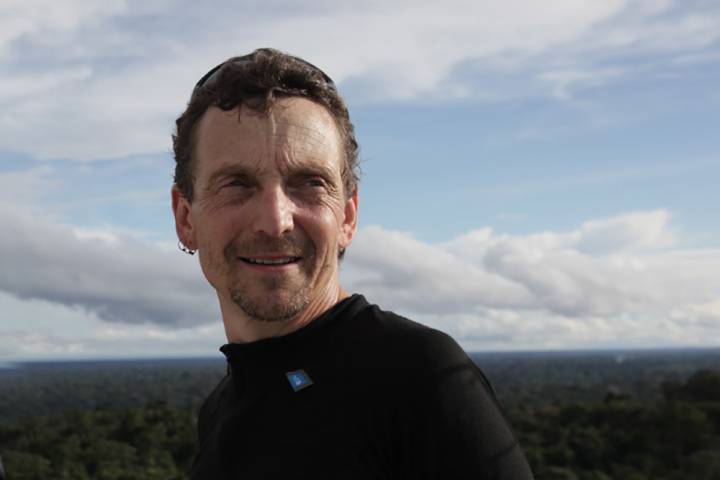 Chief policy advisor, Greenpeace
Charlie Kronick has worked in the fields of environment and development for over 15 years at Greenpeace and as an independent consultant. His work has concentrated on the social component of environmental issues, as well as the relationship of growing economic globalisation to notions of both sovereignty and environmental protection. 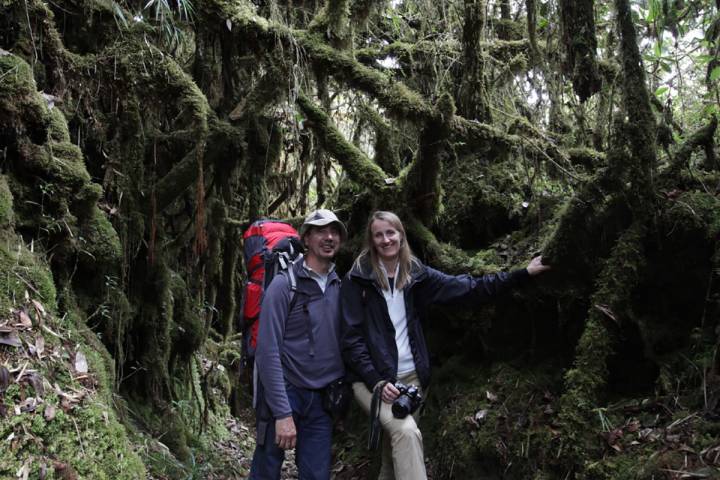 Artists
Contemporary artists Lucy + Jorge Orta have been collaborating since 1991. Parallel and feeding into their studio practice of sculpture and painting, they stage ephemeral interventions, performances, workshops, which explore the crucial themes of contemporary world: the environment and sustainable development, habitat and community, mobility and migration.
More 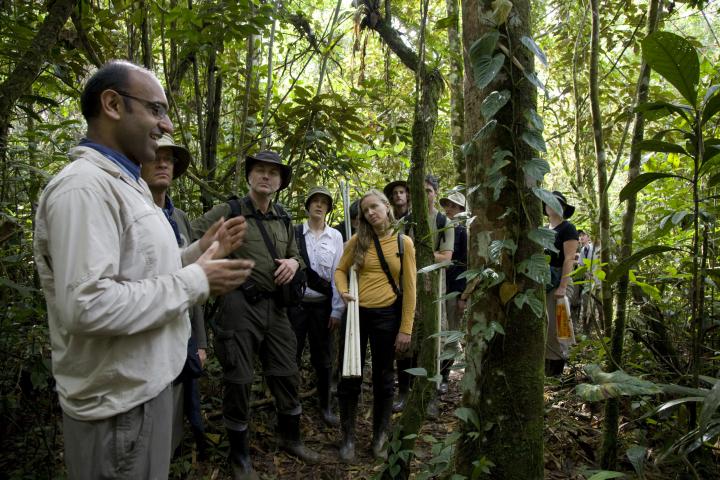 Scientist
As Professor of Ecosystem Science at the School of Geography and the Environment and Programme Leader of the Ecosystems Group at ECI, Yadvinder’s research interests focus on interactions between tropical ecosystems and the global atmosphere, with a particular focus on their role in global carbon, energy and water cycles.
More 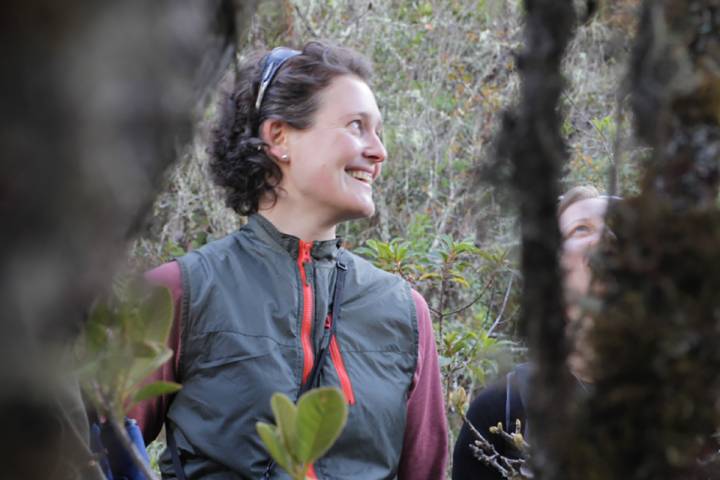 Climate Change Communicator
Rhian has recently finished working as the Education and Outreach Coordinator for the International Polar Year 2007-8. Prior to this she worked as a scientist for the British Antarctic Survey, including spending one winter and three summers at Halley Research Station, Antarctica.
More 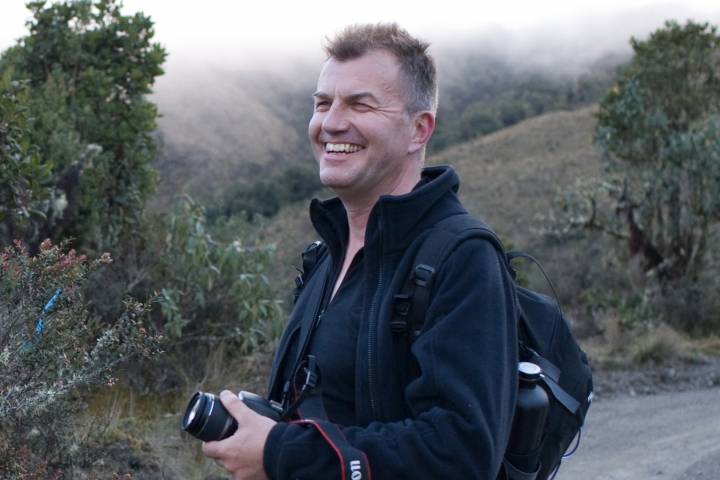 Artist
Daro Montag works with living organisms and natural processes. Best known for colourful images made in collaboration with micro-organisms, he is interested in understanding, and bringing to light, the inherent creativity of natural phenomena.
More 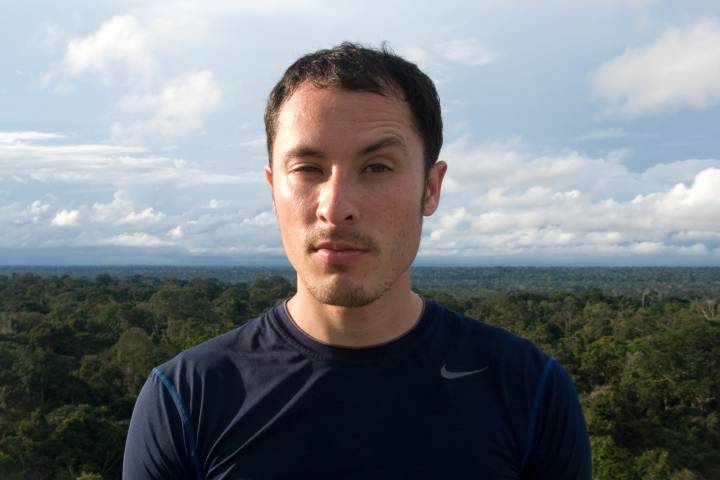 Scientist
Josh is a research and teaching fellow in the Terrestrial Ecosystems Group within the Environmental Change Institute at Oxford University. He works across plant, ecosystem, global and social scales with a combination of field ecology, biometeorology, modelling, GIS, remote sensing and sociology. He previously worked at the US EPA and NASA. 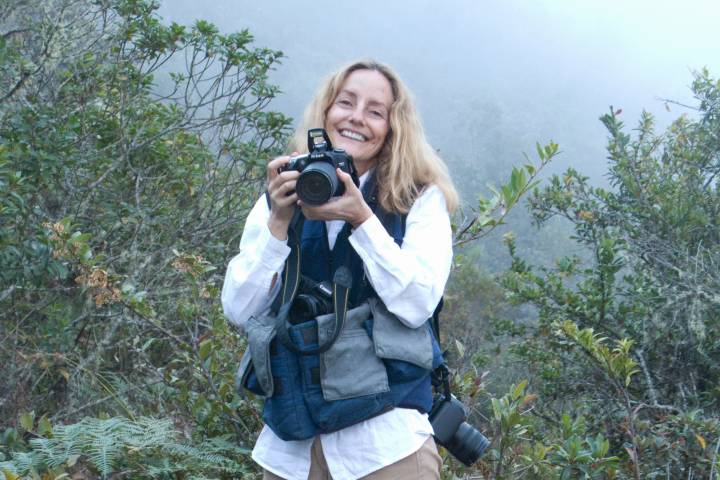 Photographer
Ana Cecilia Gonzales Vigil is a photographer and picture editor who has worked for various international NGOs, newspapers, magazines and news agencies. She won a World Press Photo award in 1993 and has been a Jury Member of the contest three times since. She is currently the Peruvian photo correspondent for The New York Times. 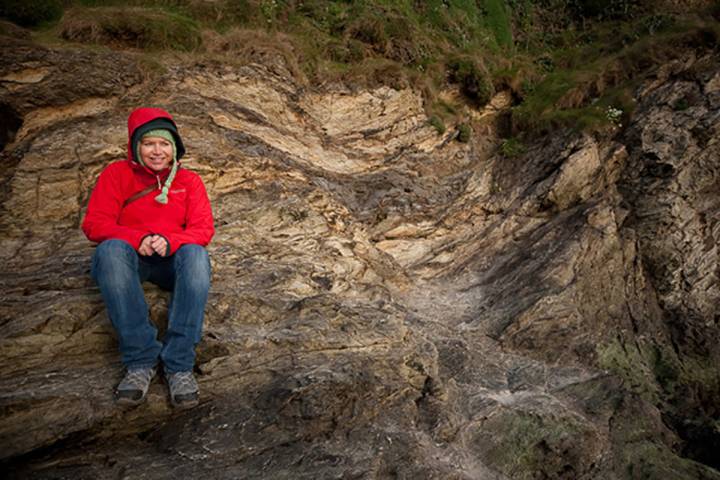 Designer
Marije is a designer and the creator of an ever-expanding print series Pictolution. Using everyday international symbols, she creates a new language by combining these symbols as a sort of graphic evolution experiment. She is also a founding member of design collective Bullet Creative, who, amongst other things, are responsible for most of Cape Farewell’s visual communication.
More 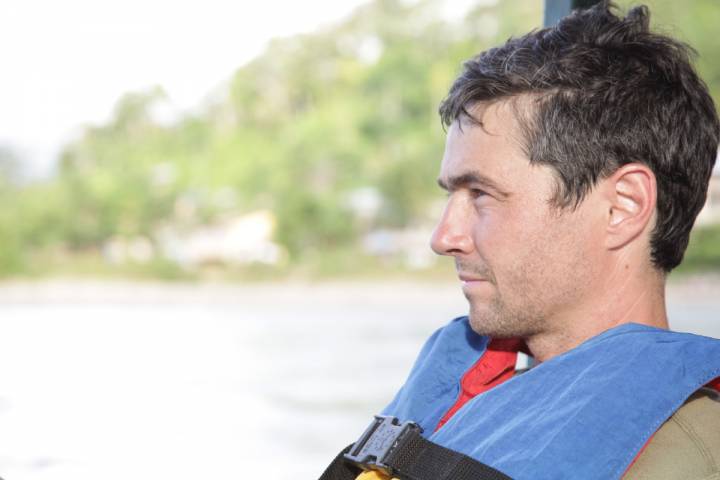 Sound Engineer
Brenndan has worked as a recording and live concert sound engineer as well as a sound designer and music producer for the past 20 years. He enjoys dumpster diving for consumer electronics and giving trash a new life with his company Gleaner Audio. He is presently fabricating a recording studio out of a vintage Airstream travel trailer in the outskirts of Joshua Tree California. 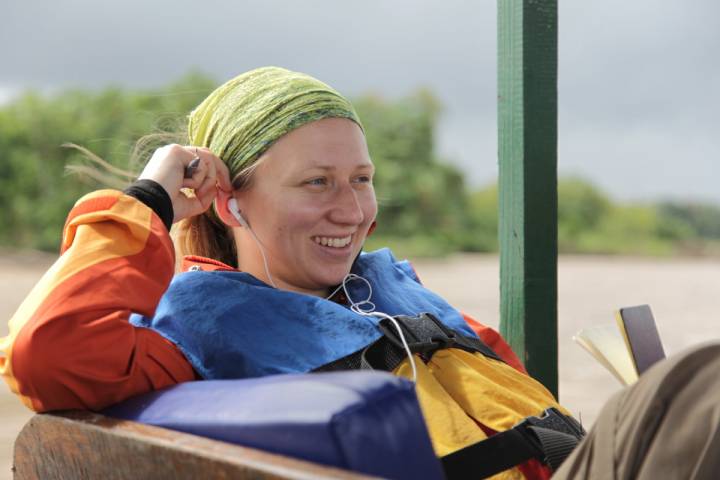 Project Coordinator
Hannah is a highly experienced project coordinator. Hannah developed the 2009 Andes expedition in collaboration with the Environmental Change Institute, a test bed for Cape Farewell and their first expedition outside Arctic. She is excited to be bringing this important climate tipping point into Cape Farewell’s portfolio of expeditions. 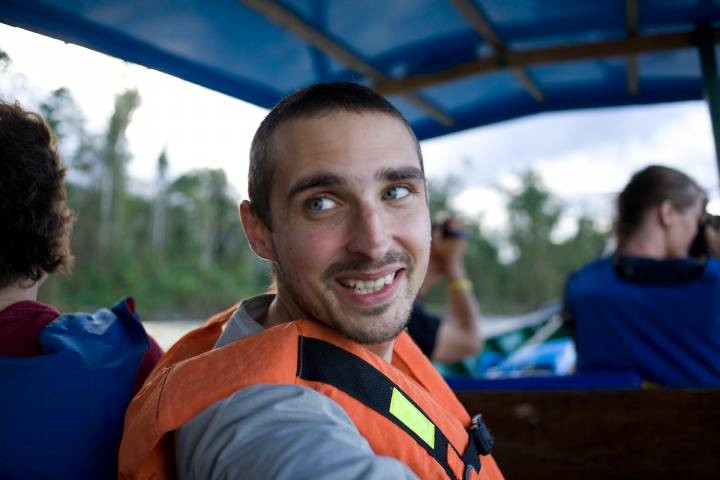 Animator
Anthony is the lead artist and visual effects supervisor at Curious Pictures, the largest animation studio in New York. He also wears the hats of a designer, animator, compositor, photographer, 3D artist, and programming wizard. He has lead and VFX supervision credits on a range of film, TV, and video game projects, including the documentary Chicago 10 which opened the Sundance Film Festival in 2007. 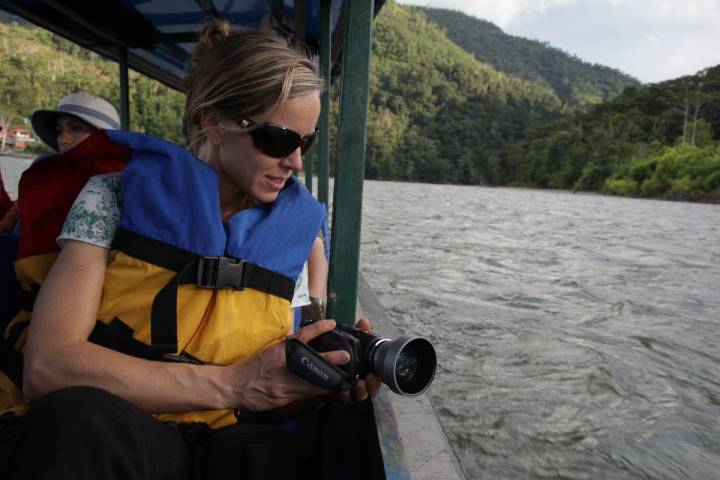 Artist
Adriane Colburn is an artist based in San Francisco. Her recent work includes a series of installations and maps that seek to investigate changes in the natural and urban landscape. These constructions, primarily made of layers of hand cut paper and light, illuminate organic and man-made systems that are inaccessible, whether submerged below the earths surface or veiled by the passage of time.
More 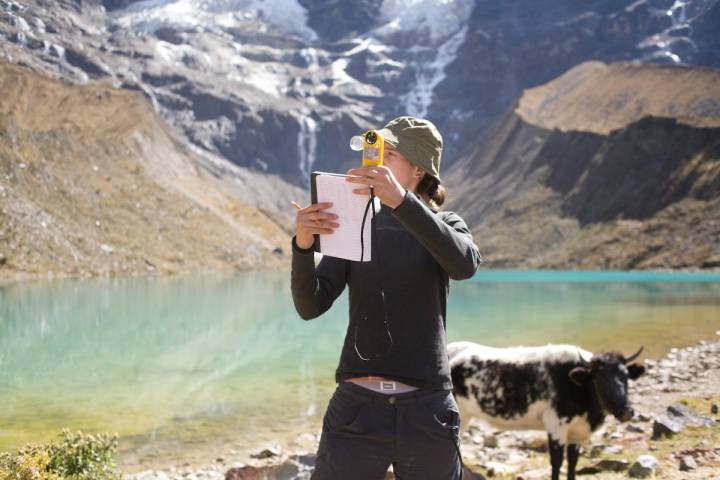 Scientist
Kathryn is a research student in the Oxford University School of Geography and the Environment. Kathryn completed an MSc in Plant Science from McGill University in the Neotropical Option and was awarded the Natural Sciences and Engineering Research Council of Canada scholarship. 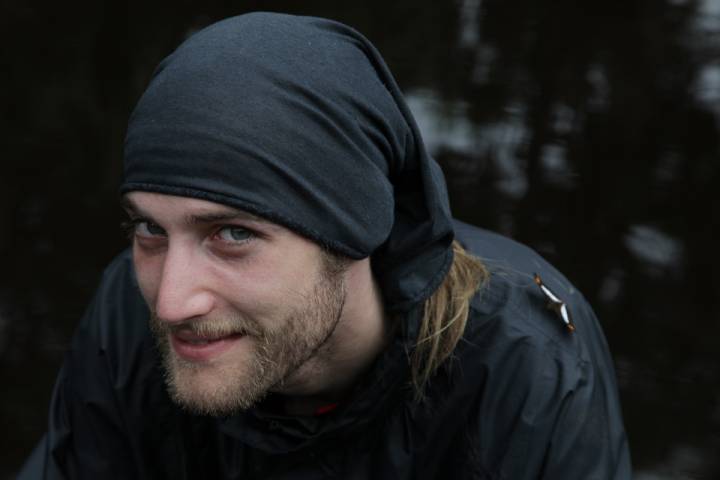 CameraMan
Matt Wainwright works as a cameraman and videographer. His main body of work is television documentary, with subjects centred between art, fashion and music. Matt throws himself into new projects with full enthusiasm, and is very excited by the prospect of his third or fourth Cape Farewell voyage (we’ve lost count).
More 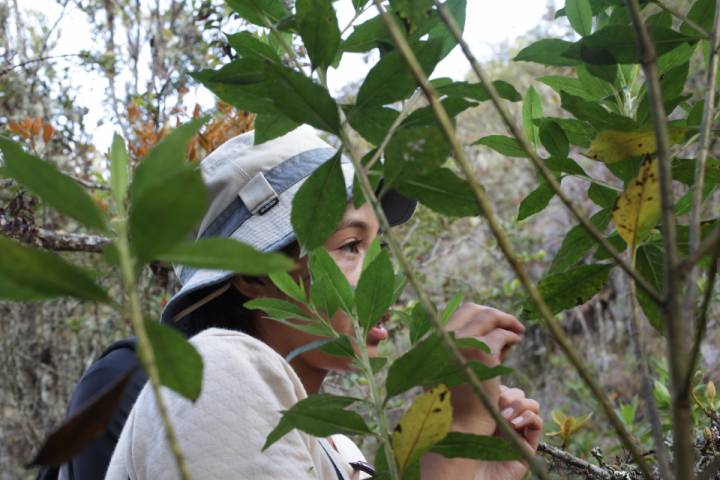 Scientist & expedition guide
Angela is an experienced Peruvian botanist who helps coordinate the ECI’s research in Peru and also completes her own research. Angela worked with Cape Farewell to organise the 2009 Andes expedition. 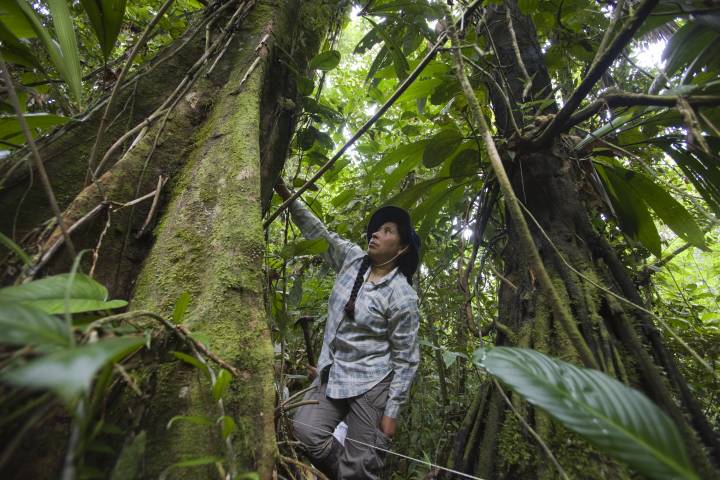 Scientist & expedition guide
Marlene is an experienced Peruvian botanist who, as well as completing her own research also helps in coordinating the ECI’s research. Marlene worked with Cape Farewell to organise the 2009 Andes expedition. 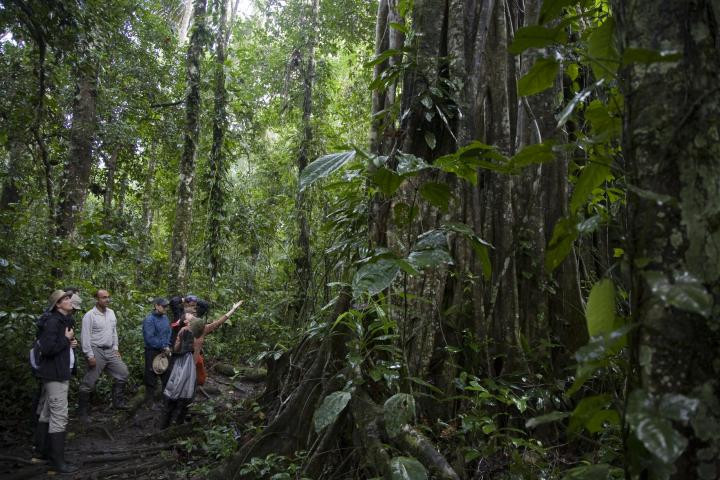 Our first expedition outside of the Arctic visited shrinking glaciers, cloud forests, areas of deforestation and the Amazon 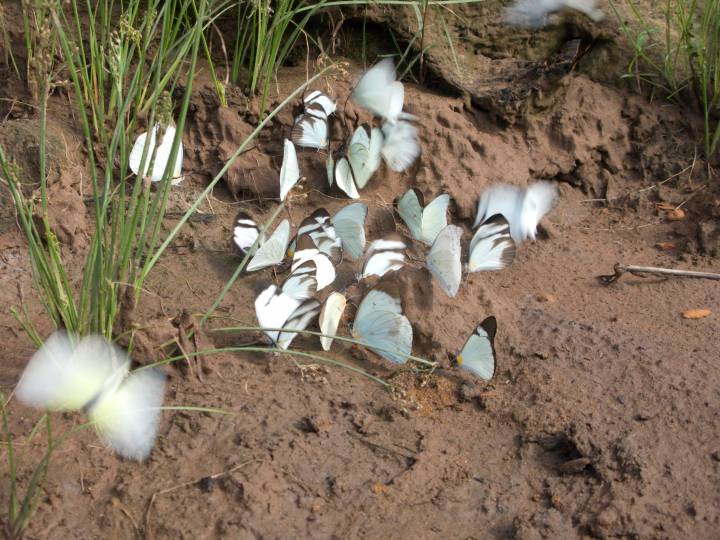 Follow the Andes Expedition as we explore shrinking glaciers, cloud forests, rain forests and the Amazon